Money matters is quite strange and unique in Zimbabwe. While I had heard and read about the Zimbabwe currency crisis in the past, I did not quite find out about the details until I found myself in the tourist town of Victoria Falls. 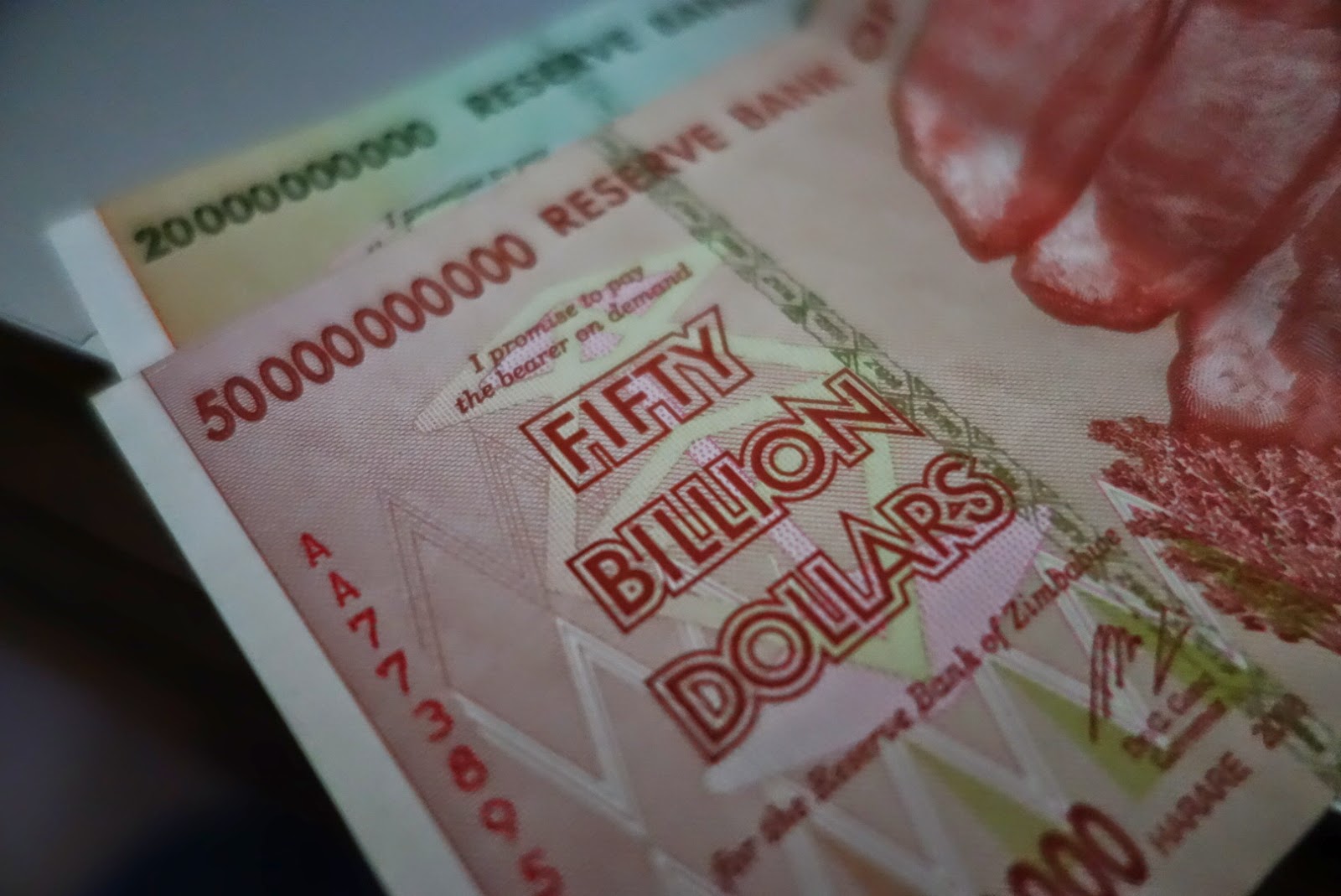 With the collapse of the Zimbabwean dollar, Zimbabwe has been using the US dollar since 2009. When I went to the stores, the prices were listed as such - $2.40, $1.75 etc. I made my purchase and paid with a nice $20 note. My change was a couple of filthy tattered notes and some coins. I had no problems with the dirty notes and then I noted (pun intended) the coins. They were South African Rands.

As 1 rand is almost equivalent to 10 US cents, what is happening is that the country is using US dollars for the notes and South African rand as the "change"!

Strange indeed when a country uses two other countries' currency as their legal tender, and sells their own as souvenirs!

Indeed, every visitor to Victoria Falls in Zimbabwe would be accosted by locals pushing wads of billion/trillion dollar notes in your face.

"You know how much these are worth? Buy them as souvenirs!", they would all say.

Things got stranger still. Apparently, change is in short supply. This Canadian chap in the hostel related an incident at the supermarket. His receipt reflected a credit of $0.47 when the cashier ran out of rands for his change. A search online revealed that this is but one of the ways the stores handle the problem. Others offer candy/pens/merchandise as "change"! My encounter was equally bizarre. My purchase came up to $2.40. The cashier asked if I had exact change. I dug into my pocket and found 3 rand. I was about to shake my head and put my coins back when she quickly gestured for the coins and grabbed it.

"Tomorrow you bring me the 10 cents ok?", she deadpanned.

It took a whole 10seconds before I replied ok....

So now, I still owe the supermarket 1 rand :)