I arrived in Dubrovnik with mixed feelings. By all accounts, I've just arrived in Croatia's most expensive city. But as my bus stopped in front of Pile Gate, entrance to the famed walled city, one couldn't help but be excited to be exploring this UNESCO World Heritage site.

I knew that Dubrovnik is one of Europe's hottest vacation spots. But what I didn't expect was the Korean Wave. Granted, there were quite a number of Korean tourists in Plitvice Lakes, and in Split as well. But here within the old walled city, the Korean tourists were swarming the streets. I've noticed too that Samsung mobiles were quite popular with the Croatians, but then again, I think Samsung has penetrated quite abit of the European market. And so, I've met with many "acknowledging" nods from fellow tourists, who somehow think I look like a Korean.

Tourism culture in recent years have evolved with the advancement and convergence of digital photography and mobile technology. Not only is the mobile phone the dominant snapshot device of tourists, the recent popularity of "selfies" have somewhat created a different "travel phenomenon". Add that to a mass of (female) Korean tourists, and all selfie-hell breaks loose. While waiting for the cable-car to arrive to bring us up to Mount Srd for a stupendous view of Dubrovnik, 2 pairs of Korean gals were selfie-ing non-stop for 10 minutes with varying postures of the "2-finger salute" (also known as the Victory sign). And I can bet all my travel budget that these selfies could not even show the ticket counter behind them, let alone the sight that is the Dubrovnik walls. There were about 12-13 people in the cable-car. A pair of European tourists, me, and the rest were Koreans. 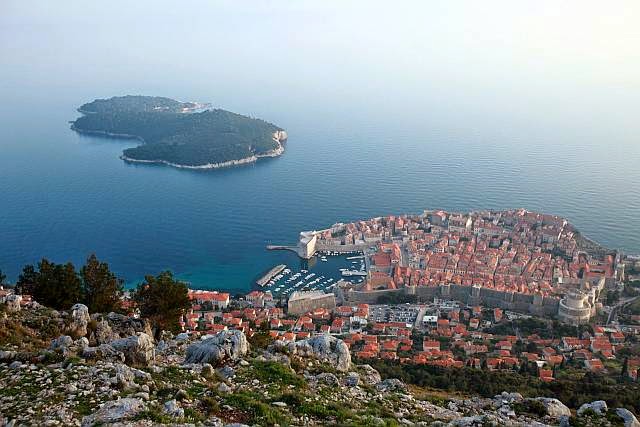 I blew my budget for the Croatia leg of my Balkans trip. But truly, I could see why Dubrovnik is Croatia's top draw (although being a scenery sort of guy, my highlight was Plitvice lakes). Especially the walk atop the city walls, it is easily the best part of its attractions. The views of the Adriatic Sea beyond the walls, and the chaotic yet pretty roofs of the houses in the old town within, makes for a delightfully idyllic walk. And when confronted with such sparkling turquoise waters of the bay, the inevitable is bound to happen.

I held my compact cam towards myself and took a selfie.